About a month before Christmas I was speaking with my youngest daughter Catherine about her five-year-old son Jaden (my grandson), asking her about her plans for Christmas. She smiled and recalled how last year, he had told her, “You don’t like Christmas, do you Mom?” said innocently and without accusation. He was merely making an observation based on what he observed in her behavior and attitude the previous holiday season. Wasn’t upset about it. Just making a comment

You see, my daughter is one of those so-called “Indigo Children,” a term first described by Nancy Anne Tape in her 1982 book Understanding Your Life Through Color (out of print) and later elaborated upon by Lee Carroll and Jan Tober in The Indigo Children: The New Kids Have Arrived. I don’t like to categorize people—although I confess I do at times—but given the descriptions I’ve read about these children, there’s quite a bit that fits her.

One of the characteristics is that these children are good lie detectors. They see what’s beneath the surface and are often willing to call people on their b******t. Another is that they don’t generally do well in structured systems that require following a lot of rules, such as is often the case in public education, and thus don’t always fare that well in school.

Catherine was one of these children. She’s a beautiful and intelligent young woman, however as a child, particularly during those teen years, she was . . . well . . . challenging would be the best way to put it. Didn’t like to conform and even as a young adult, spent a couple of years practically living in a jungle on the Big Island of Hawaii.

Then she had Jaden. Having children will typically change your life, as many of you know. She quickly became very committed to being a mother. Basically cleaned up her act, moved to the mainland, and is now pursuing her college education and raising a very fine little boy. 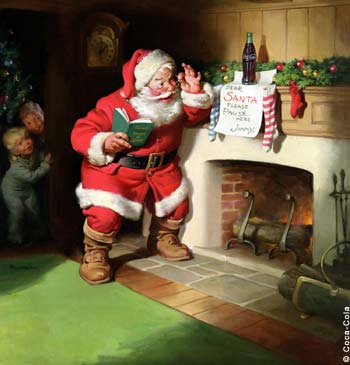 santaOkay, back to the Christmas comment Jaden made. She’d told me a couple years ago that she didn’t want him to believe in Santa Claus. Her recollection of Santa was that when she sat on his lap, he had bad breath! I thought she was taking it a little too seriously, but she was adamant that she didn’t want him to believe in something that was a lie. I expressed my opinion, which was that we are confronted with illusions our entire life and periodically we are dis-illusioned. I look at it as part of the deal in growing up. Even throughout adulthood we have times when our illusions are challenged and either we let them go or cling to them in the face of all evidence.

But it took Catherine’s son with his question for her to see the value in carrying on the illusion, perhaps with some sadness that he will one day no longer believe in Santa Claus. Yet given his being five years old, children that age think more concretely. Even the concept of God at this age can be one of a big guy in the sky. My image up to about seven years old was that of a giant older man with a huge beard that watched everything you did. At around age seven a child’s thinking changes from having to physically experience things to thinking more abstractly about these things, so concepts often have to be revised. Including Santa Claus.

So even explaining to Jaden that Santa Claus was the Spirit of Christmas, I know he needed to experience something more concrete. We did have a discussion recently of how God is in everything. Became sort of a game with us. So anyway this year Catherine made Christmas a big deal. Even took Jaden to one of those mall Santas—and he loved it.

Dan Millman’s book, Way of the Peaceful Warrior (with a movie by the same name) was one of those books I’ve read more than once at different eras in my life. In it he tells a great story about being disillusioned. The premise for the book is that while Dan was a student at University of California Berkeley and a champion gymnast, he felt a great deal of anxiety and unhappiness much of the time, accompanied by bouts of insomnia. One evening when he couldn’t sleep he took a walk to a nearby gas station and met an unusual fellow he named Socrates. The tale surrounds his relationship with this man and the teachings this wise elder gave to him.

One of those is when Millman walked in and complained of being disillusioned. By now Dan was accustomed to this old man putting a different spin on whatever he brought to him, and this time was no different. He told Dan that it if he was disillusioned it was time to celebrate! Took him by surprise. Socrates went on to say how we are so attached to our illusions that we moan and groan when they are shattered. His take is that we should have a party because now we’re dealing with reality.

Hmm. Good point isn’t it? We do get attached to our illusions. I think back on the first time I realized that Santa Claus wasn’t a real person. I was crushed but actually happy that I now knew that it was my mom and dad who got me the Alamo set, complete with a Davy Crockett hat (for those of you old enough to remember!).

There are so many potential illusions that we hold throughout our lives, some that get dismissed and some we hang onto ferociously, as if our lives depended on it. One popular one is the romantic illusion, while another related one is the illusion that there is one perfect mate for us, whether called a soul mate, twin flame, or anything else. It’s so embedded in our culture that we don’t step back to question it. Instead we “fall” in love and then go through various stages of disillusionment and are forced to reframe what it means to be in love. 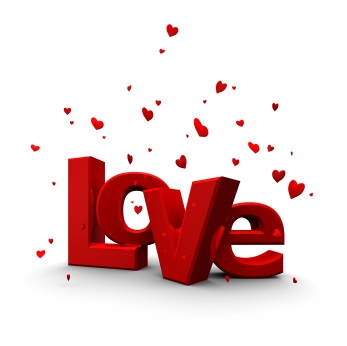 loveWhy fall in love anyway? Why not rise in love, or grow in love? Makes much more sense. You can still play out the romance, especially when you discover a deeper love at the core of the relationship. In fact you can involve yourself in any illusion as long as you recognize the illusory aspects of it. No, your mate is not perfect and will never be. The world is not perfect, and will never be. No, we will not all hold hands and have peace on Earth forever (In spite of my absolute love for John Lennon and his song Imagine!). Once you make allowances for the illusory aspects of any of these or others, you can then revise your perspective. From there you can see the extraordinary perfection inherent in the seeming imperfectness.

In Hinduism there’s a concept called maya, from Sanskrit meaning “illusion.” It’s when we live in the dream of duality and think that this is the way it is, rather than experiencing and seeing the unity in all. There is truth in this, but the unity of all life can only be experienced, not philosophized about. Instead we separate the spiritual and the physical, the mind and the body, and the male and the female, to name a few common dualistic illusions. Once you experience the truth of the unity of all life and penetrate the veil of the illusion of duality, then you can turn around and play in the world of duality. You can play in the illusion but not succumb to believing it’s the actual reality.

To paraphrase a newspaper article that has been reprinted more than any other: Yes, Jaden, there is a Santa Claus www.newseum.org/yesvirginia/!